How fitness habits are changing during a global pandemic

By Jonathan Koch inCoaching and Fitness

The world has been in the grips of COVID-19 for weeks now and almost all aspects of life have been affected in one way or another. Fitness habits in particular could not be continued like before with self isolation and closed gyms being the new normal.
We set out to investigate how people are adapting to these novel circumstances and have recently conducted an unrepresentative yet insightful survey with more than 100 participants here in Switzerland. Please note that this is a qualitative survey which would not meet requirements for statistical accuracy and that results may not display the population as a whole. Scroll to the bottom to see our findings condensed into recommendations for fitness providers!
Here is what we found out, which offered more unexpected insights than we thought it would:

Not everybody is turning into a potato

Before starting our investigation, we weren’t quite sure about all the details but we thought it was pretty obvious that the global lockdown was probably not good for fitness in general. So we expected to see that reflected in the answers to our survey. This is where the first surprise came in:
Although overall subjective fitness did indeed decrease slightly, this was by no means the case for all participants. In fact, we could see a pretty clear distinction between three groups of people:

So what does all this tell us: The majority of people were actually able to handle their health pretty well during this time with only about a quarter experiencing a real decrease in fitness. Not everybody is turning into a potato! Even more impressively, a quarter of all participants have increased their fitness notably and will come out of the lockdown healthier – or at least more active – than before!

Fitness has on average decreased, but not as much as we thought and not the same for everyone

Gyms to the rescue

We segmented the participants of our survey into those who considered themselves fitness-clients – regular gym goers – and non-fitness-clients – those who don’t go to gyms but might still engage in sports.
What we found was that fitness-clients seemed to be notably more affected by the lockdown. This is no big surprise, as their habits from before the pandemic obviously could not be continued as before.
Still it is reassuring to see that gyms have not become obsolete because of Corona. Not everybody can simply switch to home exercises or running. And even if they can, they are still missing the personal and professional support that is being provided in gyms.
And yet, self-exercise has certainly become more popular, which is a development gyms have to cope with. This might be by also offering programs to follow along at home or simply by emphasising how going to a gym is even more beneficial to someone’s physical health.
Either way, gyms are here to stay. 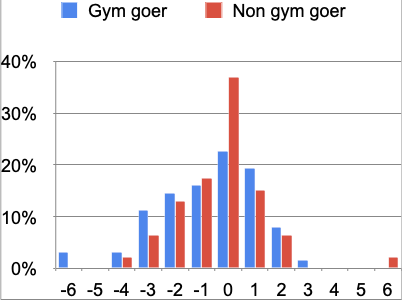 Cardio up, strength down

Another clear trend could be seen when looking at how exactly people’s fitness changed. This is of course again the result of changing fitness during this lockdown: People were more likely to engage in typical self-guided exercise such as running and some bodyweight exercises – but that’s it.
Consequently, participants on average did not see much loss in their cardiovascular abilities. Their strength, on the other hand, was where the biggest shortcomings were noticed. People simply do not have access to the proper equipment they are used to training their strength with.
Motivation has also decreased by a bit, which again is in line with what would be expected during a time of self isolation. Interestingly, healthy nutrition does not seem to have suffered.

Whereas cardio (on the left) has not seen much loss on average, strength (middle) is where more are struggling

Alright, So what can fitness providers make of this information? These are the conclusion we think you might take away from this survey: 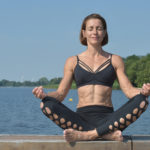 Bodygee Academy
Bodygee Guide
contact@bodygee.com
Bodygee
We use cookies to ensure that we give you the best experience on our website. If you continue to use this site we will assume that you are happy with it.Ok!Privacy policy